A non-delayed filter suitable for all timeframes, great for showing breakouts.

The distinctive feature of the Hodrick-Prescott filter is that it does not delay. It is calculated by minimizing the objective function

where x[] – prices, y[] – filter values. Below is the example of the filter behavior (see the file HP.mq4 attached below)

In case nx is an odd number, Тdel = (nx-1)/2. If we shift the values of SMA filter to the past by the amount of bars equal to Тdel, SMA values coincide with the Hodrick-Prescott filter ones. The exact math cannot be achieved due to the significant differences in the frequency parameters of the two filters (see the chart below):

To achieve the closest match between the filter values, I recommend their channel widths to be similar (for example, -6dB). The Hodrick-Prescott filter’s channel width of -6dB is calculated as follows:

The channel width of -6dB for the SMA filter is calculated by numerical computing via the following equation:

The indicator features the following inputs:

PastBars – amount of previous bars the Hodrick-Prescott filter is calculated for (the more, the better, or at least PastBars>2*FutBars)

The indicator highlights predicted values in red. Method 1 is used in the example below:

The second method is more accurate but often has large spikes of the first predicted price. The described prediction method can be improved by searching for the FIR filter with the frequency parameter closer to the Hodrick-Prescott filter. For example, you may try Hanning, Blackman, Kaiser, and other filters with constant delay instead of SMA.

HP Extrapolator is a Metatrader 4 (MT4) indicator and the essence of the forex indicator is to transform the accumulated history data. HP Extrapolator provides for an opportunity to detect various peculiarities and patterns in price dynamics which are invisible to the naked eye.

Based on this information, traders can assume further price movement and adjust their strategy accordingly.

How to install HP Extrapolator.mq4?

How to remove HP Extrapolator.mq4 from your Metatrader 4 Chart? 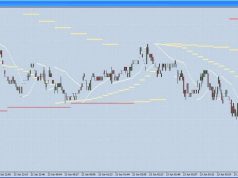 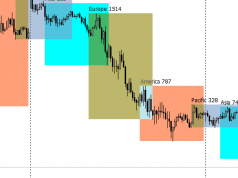 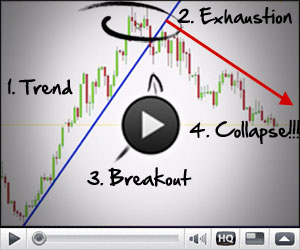 MT4Indicators.com is the library to the thousands of indicators for MetaTrader 4 developed in MQL4. Regardless of the market (forex, securities or commodity market), indicators help to represent quotes in an accessible form for easy perception.
Contact us: contact[at]mt4indicators.com